I had the pleasure of being able to use nearly all of my 20mm figures to play Bolt Action with Young David and Sparkie (both playing Japanese).  The Red Sun Rises is one of my favorite periods for WW2 with the Japanese being the Underrated Enemy.   Uncle Robert who had served in 1st battalion of the Cameronians Burma told me masses of first hand bloody, gruesome and heroic stories of fighting the Japanese.

We played Scenario 4 Airfield Defence from the Empire in Flames book with the proviso that the attacking Japanese had to take the Airfield by 3pm and who ever held the airfield would then be subject to a night attack, after recovering D6 casualties for each until.

I initial battle was fast and furious once the Japanese players got a hold on the Banzai rules.  The inexperienced Sikh troops held up much better than I expected and fought in the tradition of the FFP.  However just before 3pm the Airfield had been taken.

First some pictures of my Britannia Figures post battle. 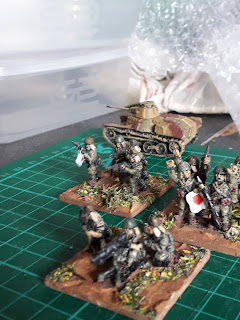 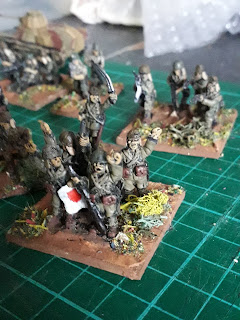 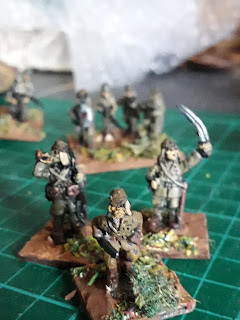 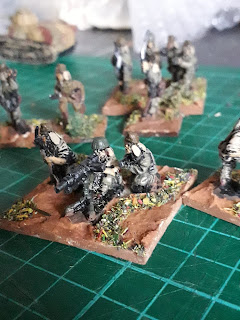 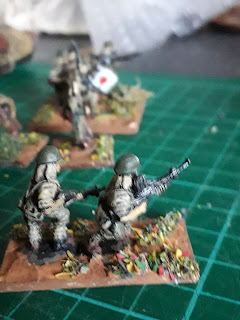 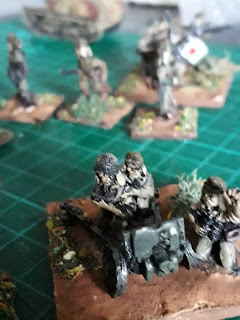 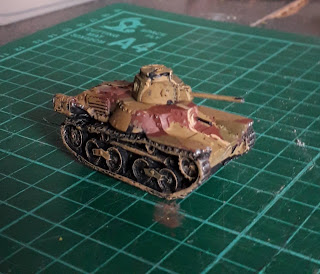 Here are some pictures of the Dawn Attack Scenario from turn 2 when the Sun came up revealing the Sikhs to the Japanese who were in the main now on Ambush orders.  David P lent me a crusader tank to give the attack a bit more punch and all my troops were considered Regular.


Crusader did manage to Knock out it's Japanese counterpart which was the only high point of the Sikh Dawn attack. 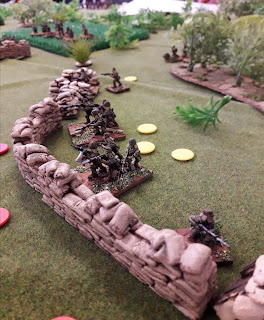