Turning out at the Red Lion

These pictures are of my Pixie/Gnome army one of the largest I have fielded.  The scenario was based on their shrine being seized by the Evil dead while they were celebrating in the local Red Lion.  The angry little folk spilled out from the pub foregoing any invisibility thus my force remained under 36 points. I backed them up with a wizardling mounted on a unicorn, the Lady of the Woods, who warned them of the impending doom.  Finally I added a Lute playing bard , classed as a cleric to command my lucky unit of "Pixies and other scum" . 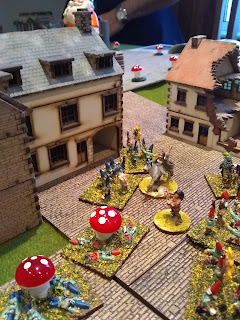 The fighting was brutal for the Undead and the only units holding the Pixies were skeleton heavy infantry formed up in wall of spears.  The Zombies were cut down by Gnomish firepower or the dreaded pixies.  After trouncing three units of undead the pixies were blown, then battered by a lightning strike and finally overrun.  The  Lady of the Woods did manage three consecutive heal thee spells on the Pixies.  However Pixie scouts in the roof of the Red Lion failed to get a shooting activation on the Necromancer. 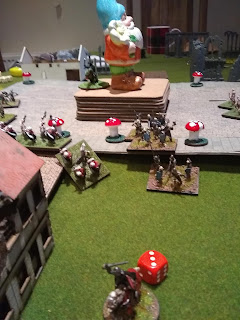 A great battle with some very funny moments.  Most of my Dragon Rampant armies are based for a woodland theme.  Goblins, wood elves, woodland monsters and heroes.

Men of the North

A dragon Rampant battle the mushrooms were to be carried off by the protagonists. A battle fought and Willie's garage.   The Men of the North faced my gnomes and Pixies.  Such worthy opponents but so hard for them to reach down and kill me.  figures are all Alan Cs.  My battleplan was not to touch the toadstools with a barge pole but to spend by time shooting up the opposition, nearly worked. 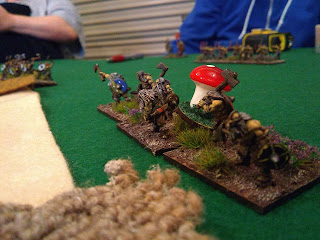 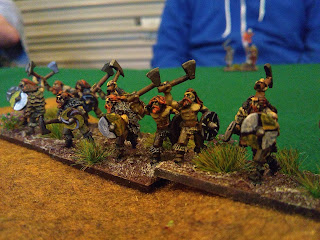 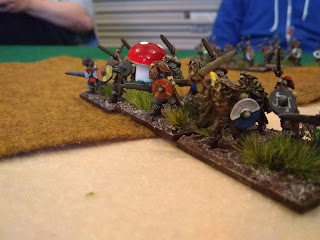 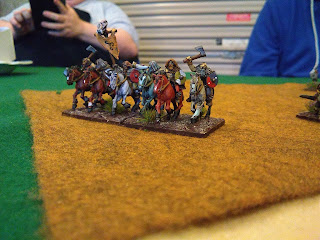 Hurrah for the union!

A Johnny Reb battle at Willie's garage, superb blast from the past for us 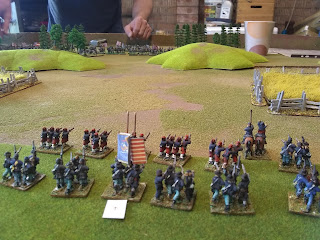 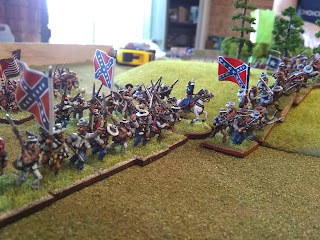 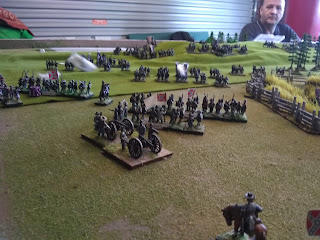 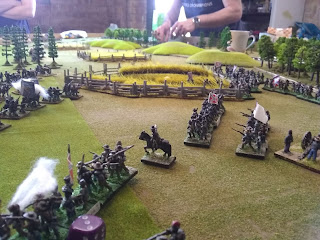 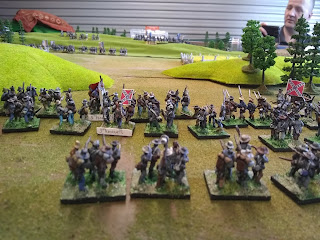 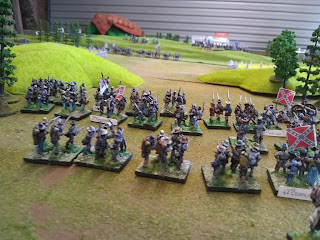 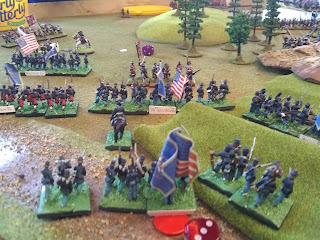 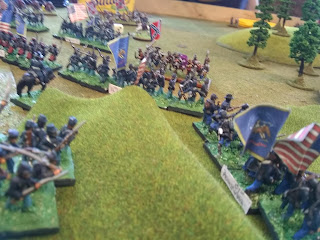 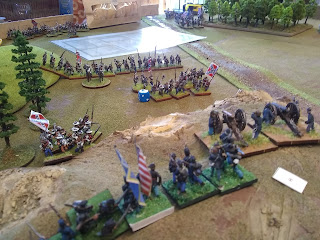 Posted by Scotsgrey at 11:35 No comments: